About Young Entrepreneurs Association of Slovakia 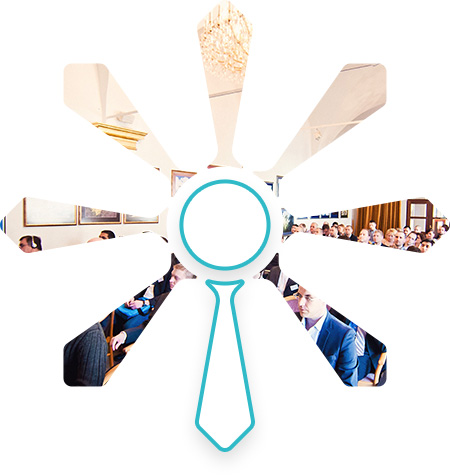 Our vision is to become the voice of young entrepreneurs – defending their interests in the institution-forming business environment of Slovakia – and to create bridges between the successful entrepreneurs of today and tomorrow.

Young Entrepreneurs Association of Slovakia (YEAS) was established in 2010 as an organisation that connects young entrepreneurs under the age of 40.

The main reason for the establishment of YEAS was a lack of attention devoted to encouraging the young generation of entrepreneurs, who will represent the future of Slovak business. Young people are usually not usually suffering from a lack of new ideas, but they are missing know-how, contacts, and capital. The Young Entrepreneurs Association of Slovakia has an ambition to offer activities, that alleviate these conditions.

Main activities of the Young Entrepreneurs Association of Slovakia may be summarized as following:

We organize several projects through the course of the year and we aim to be the main representative body of the young entrepreneurs. Therefore, our projects are focused on these common attributes.

Another example of non-formal education is the so-called BMB Leitner Academy, which we organize together with our partner BMB Leitner. This project aims to raise awareness among young entrepreneurs about legal, tax and economic issues of expansion of their businesses. Thanks to these seminars YEAS members can gain the knowledge from top experts in the field. We also participated as a Slovak partner on the project called Twin Entrepreneurs together with Vienna Business Agency, which was an initiative to boost start-ups in the region Vienna-Bratislava during the period from 2012 to 2014.

There is also another international activity we usually participate in each year. Young European Entrepreneurs’ Seminars are international seminars held in Brussels regularly. It is an international workshop aimed at young entrepreneurs, organized by European Economic and Social Committee.

Networking is all about making connections and building enduring, mutually beneficial relationships. On one side, we offer young entrepreneurs a chance to meet other young entrepreneurs, on the other side they can meet many successful entrepreneurs from different industries with valuable skills and knowledge. We do this through many formal and non-formal meetings, which are held throughout the year. Besides domestic networking we offer young entrepreneurs a chance to meet international entrepreneurs from many countries. Spotlight Singapore is a nice example. In the past, a 120 members’ delegation from Asian countries visited Slovakia to discover Slovak business, cultural and artistic environment. 7 co-operations were born on the basis of this project. Our members also actively participate in many international events abroad, for example in G20 Summit or in the Global Entrepreneurship Congress, which gathers together thousands of entrepreneurs and other experts from more than 160 countries to identify new ways of helping founders start and scale new ventures around the world.

Our members are also engaged in many events organized by the Young Entrepreneurs Organization of the European Union – JEUNE.

HELP WITH THE FINANCING OF INNOVATIVE BUSINESS IN THEIR EARLY STAGES

We also offer help with the financing of innovative business in their early stages. We do this through Slovak Business Angels Network - the first network of angel investors in Slovakia, which we established in 2011. We gather successful entrepreneurs and managers who are willing to share their skills, time and money with young start-upers. Events organized under the Slovak Business Angels Network are popular among young entrepreneurs. They consist from 3 different parts. The first one is the educational part, the second one is match-making and the last but not least one is networking. The Central European Business Angels Forum was held in 2011, 2012 and 2013 and since 2015 this event united into a larger event – Slovak Venture Capital Forum, which we have organized together with Slovak Venture Capital and Private Equity Association (SLOVCA) to promote venture capital and to boost innovative ideas and projects.

As a partner we co-organized the competition Win an investor together with Slovak Venture Capital and Private Equity Association (SLOVCA) and the business magazine PROFIT. We are active also in the publishing field. Among other titles, we have published The Book of Slovak Venture Capital and Private Equity Business Stories (originally called 39 rád, ako vybudovať svetovú firmu na Slovensku) to inspire young people to develop their ideas into startups through sharing the best practices.

We want to spread entrepreneurship among young people as much as we can. The Business Idea of the Year aims to promote entrepreneurship among young, future entrepreneurs on the one side, while on the other side it awards the best selected ideas. Since the beginning of this project several hundred young people have submitted more than 1000 ideas. The communication campaign included more than 400 TV-spots in two TVs and a valuable prize for the winner in the value of 300 000 €.

In 2014 our project Business Idea of the Year confirmed its leading position and has been awarded as a National Winner within the European Enterprise Promotion Award (EEPA) in the category called Promoting Entrepreneurship.

As a partner we also participate in many other activities promoting entrepreneurship in Slovakia, such as JCI - Student Business Awards, JCI Creative Young Entrepreneur Award or The Best Business Plan Award for training firm students at high schools).

We also co-operated with our partners on publishing two books, in the first place they came out like online series. The first one is called 59 Inspirational Business Stories. This book captures stories of Slovak entrepreneurs who managed to build their companies from zero to a big success story. The second one is called 99 Inspirational Business Ideas. In this book you will find 99 very diverse business ideas, business that are successful in the world and can serve as an inspiration to start your own business. Young people, who are seeking for inspiration, can also take a look on our YouTube channel, where they can find many videos focused on various topics.

In the past we did many surveys mapping youth entrepreneurship in Slovakia, for example the Survey of Needs of Young Entrepreneurs and Obstacles in their Business (2011) or the Survey about Start-up Environment in Slovakia (2013).

These two projects run on yearly basis:
Bureaucratic nonsense of the year is a very popular and respected anti-price. The Young Entrepreneurs Association of Slovakia together with its partners look every year (the project celebrated its 5th birthday in year 2016) for the biggest legislative nonsense in Slovakia. Entrepreneurs have a chance to nominate a candidate and at the end of this process the public has a chance to select the worst one. The project enjoys great media coverage and competent officials take the results seriously. Bureaucratic nonsense of the year is a 2015 national winner of the European Enterprise Promotion Award (EEPA) in the category called Flagship initiatives to promote entrepreneurship and improve the business environment.
Another yearly activity in this field is the Index of Obstacles in Business of young people in Slovakia, which we repeatedly run and define since 2015.

After the data collection is completed we actively communicate the results with law-makers on regional, national or European level.

Based on the results of measurements within the Index of Obstacles in Business we also created and published a document called 30 Recommendations to Reduce Barriers that Prevent Young People from Doing Business. The document was supposed to help competent officials improve the business environment in Slovakia in 2015 before parliamentary elections.